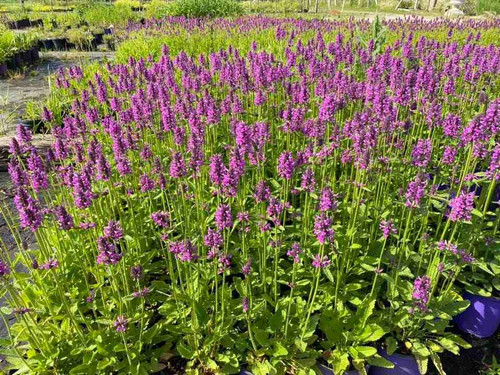 "An Intrinsic Introduction! June is a romantic time of the year in the garden and this Stachys adds to it with longer spikes of pinker-purple flowers.

Prefers average moisture (medium) and average soils, including heavier clayish soils (that are not waterlogged).

Tolerates some droughts too. In hot and humid south may appreciate half shade.

This cultivar was raised as open pollinated seedling of betony 'Humello' (1.5' tall), but in comparison with it's parent, it is much higher - 2-2.5' and has longer spikes of darker purple flowers. 'Stachys 'Summer Romance'  is patented under number PP30243 and can't be propagated without permission.